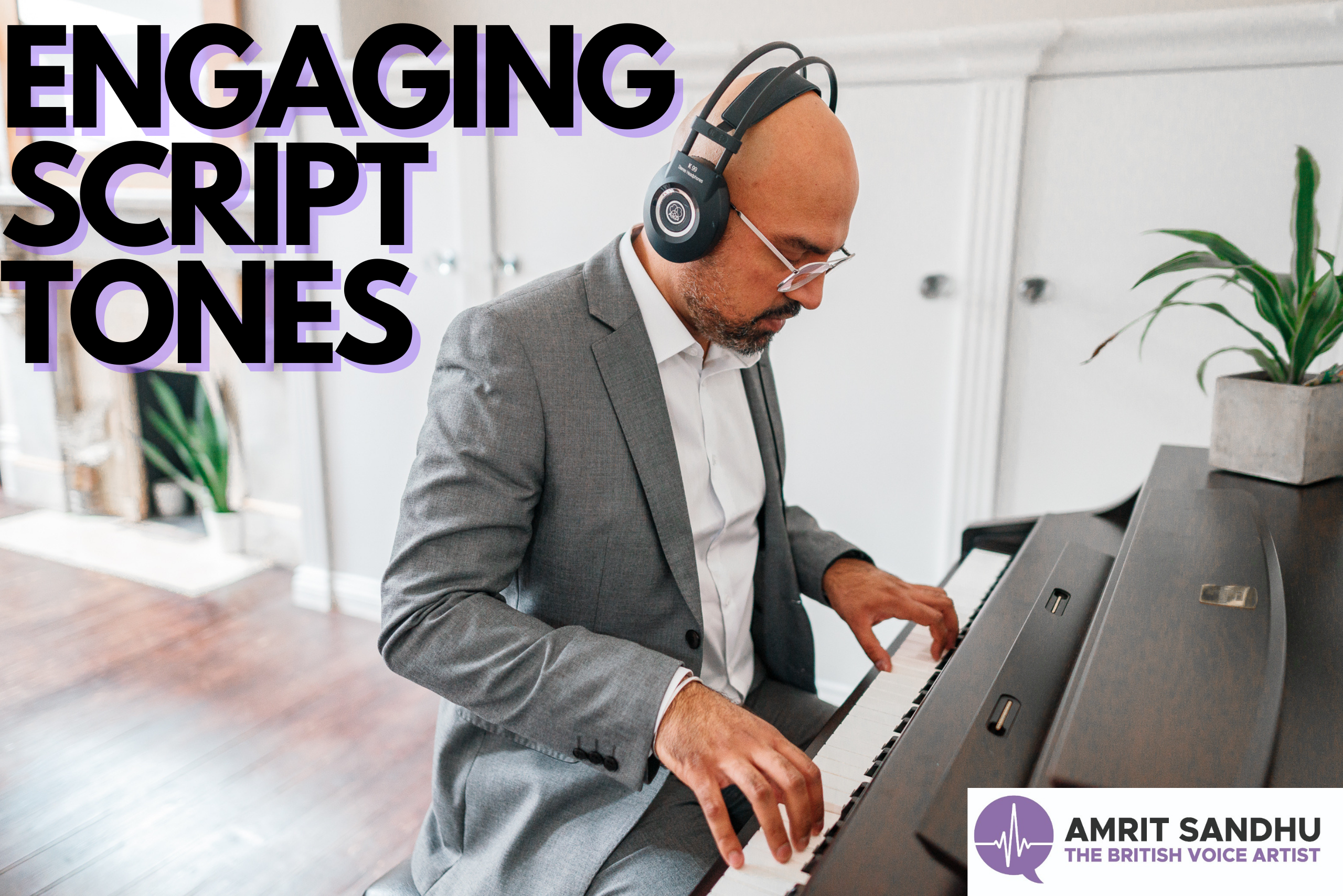 Did you know the average length of time that it takes to grab someone’s attention is 8 seconds? That fact is based on the average person’s attention span. If you haven’t gotten their attention within 8 seconds, they will likely be less inclined to listen to what you have to say.

So, you need to have a stellar intro that really grabs people’s attention with the right tone. Are you stuck in a rut on what tone you should use for your script? Here is a quick rundown of some excellent tones to help you make an engaging voice-over script.

Firstly, you need to know who your audience is before deciding on a tone for your intro. You want to entice your target market appropriately by knowing what they would like to hear. Using the wrong kind of tone for your audience can make them uninterested, or even offended.

For instance, an authoritative tone for your intro may interest an older audience, but it can turn off millennials and the Gen Z crowd. A trendy internet joke may fall on deaf ears for 50-year-olds. On the other hand, an old joke from the 80s would be lost on 20-year-olds.

So, you need to consider what tone your audience prefers when selecting a tone. You can try to pick a tone suited for all ages, which would be this tone:

A friendly tone of voice is acceptable for all ages. Any person is receptive to listening given that a person sounds kind. Writing a friendly tone for a script involves using simple, somewhat positive words such as, “Here’s how we can help you.”

The most efficient way of achieving a friendly tone is by choosing an appropriate voice actor. The voice artist will be in charge of creating a character and a literal voice to your words.

Keep in mind that this option is best suited for scripts that speak to a general audience. If you know your target market, try opting for a different tone for your intro instead. That way, you can better engage your audience by choosing tones that will pique their interest the most.

Another unique way to engage a variety of markets is by opting for a conversational tone. A conversational tone will interest most people because people naturally react to it, and they often think of answers or replies in their minds.

So, starting with a conversational tone can be a great intro for most audiences. For instance, a simple “Hey there,” at the start of your intro can grab someone’s attention. You can even make it easier by envisioning a character that summarizes your target market then pretend like you are talking to that character. From there, you can type it as if you are speaking directly to your market.

Of course, you need to keep in mind what each market thinks is considered a conversational tone. For instance, an older audience of 50-70-year-olds may be more receptive to an informed yet gentle tone. Gen Z and millennials will likely be more inclined to listen to casual, almost peppy tones.

For instance, you can sound commanding by sounding informed and educated. You can command attention by sounding confident, and sure of your words. While that job will mostly lie on the voice actor, you can simply change a few words that you use in your script to fit that role. For instance, switch “you may” to “you are” or “you can.”

While this may not be a “tone” per se, you can use it to your advantage when writing an engaging script. Relatable content is great for any age group, but it is particularly intriguing for Gen Z and millennials. You can be relatable by mixing tones, like conversational and friendly tones, in your script.

For instance, you can start on a friendly note, with words like, “Hey, you.” Keeping it somewhat upbeat from there, you can throw in a conversational tone by talking directly to your audience. Address a problem or feeling that your audience has, and make them feel heard. This is an excellent method to grab someone’s attention.

It is crucial to remember that the voice actor that you choose matters a lot. Choosing the right words and language for your script is important, but all that effort will be lost if the voice actor cannot perform with the right tone. Ask your voice actor for samples, or show them examples of the tone you want. That way, you can narrow your choices to find the best possible voice actor.

Do you have any helpful tips for tones in scripts? Feel free to share them in the comment section.

How to Get the Most Out of Your Voice Actor

Things You Need to Know Before Hiring a Voice Actor