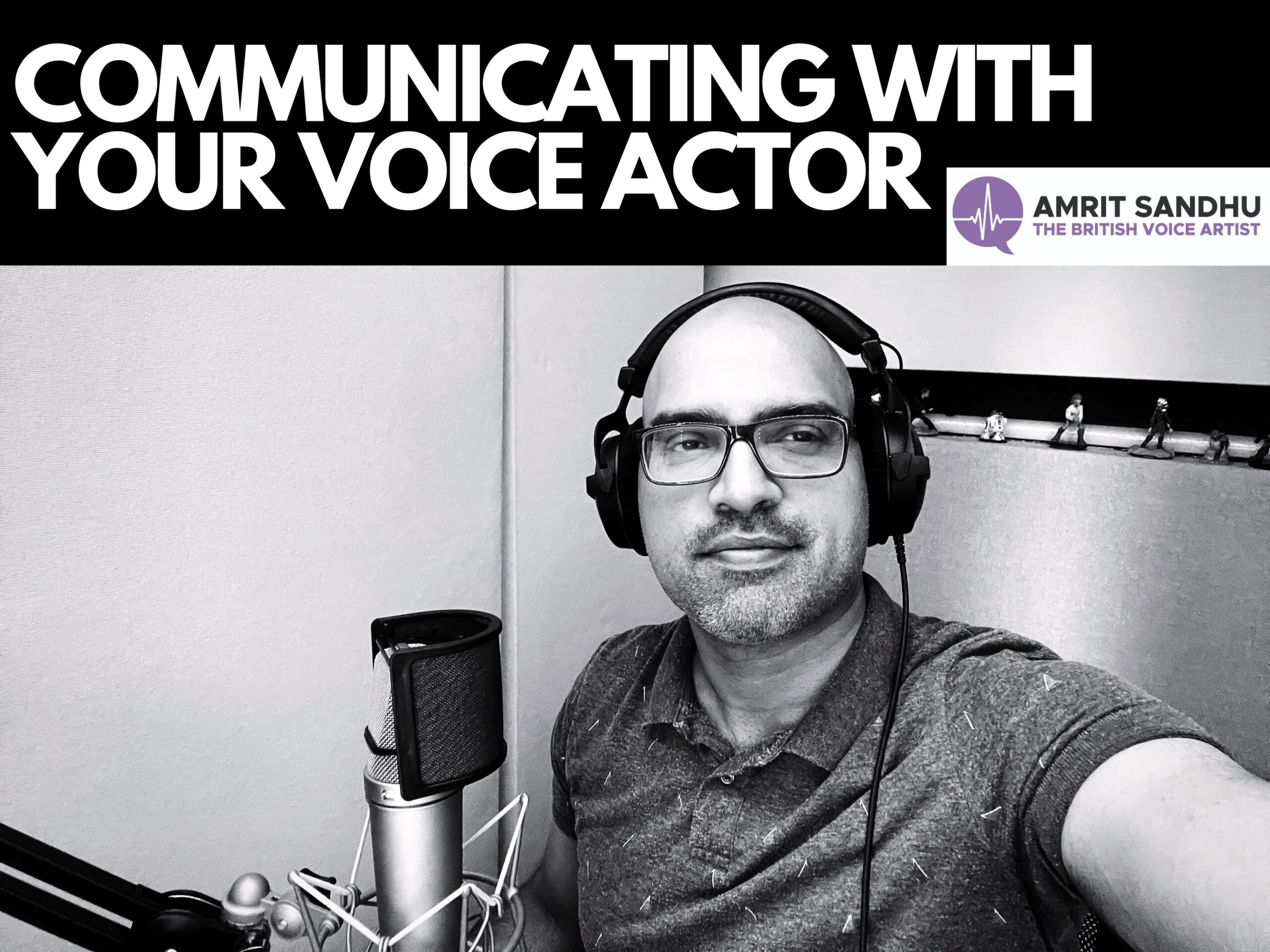 You probably think that getting a voice actor means you just hire one and hand them the script. However, the job is not over yet – you still need to get the most out of your voice artist. To do so, you need to learn how to communicate with your voice actor.

Why Do I Need to Communicate with a Voice Actor?

When it comes to hiring a voice actor, you will likely want good and quick results. However, you may find yourself upset at a talented voice actor. Even after several revisions, you might be wondering why you are not getting the results that you want.

There is only so much a voice actor can do with little instructions or a vague description. Communication is key to getting the perfect delivery from your voice actor. Here are some tips to help you efficiently communicate with your voice actor.

An effective way to help your voice actor understand what you want is by learning the lingo. Plus, picking up a few voice acting terms can help you learn more about voice acting, helping you explain future scripts better.

Here are some common voice acting terms and what they mean. There are many more voice acting words that you can learn, but these ones below are useful ones to know. These can help you instruct your voice actor accordingly.

Read Out Your Script

Before you hand off a script to the voice actor, you need to read your script first. Reading your script for timings by yourself first can help you learn how long it is. This will help you decide if the script is the right “length” for the audio that you need.

Normally, a voice actor can read 150 words per minute. Of course, it will depend on what kind of script you are making, and the tone that you need. You can adjust it the script’s length accordingly.

Revisions can be a pain, for both you and the voice actor because it can waste time and effort. Plus, handing your voice actor an unfinished script and having them revise it to follow the updated script can confuse them. Moreover, you may find yourself paying loads of revision fees.

Make sure to finalize your script as much as possible before giving it to your voice actor. That way, you can have a smoother and quicker read.

Voice actors act using their voices, not their faces. Often, you will need to tell them how you want them to speak, which involves getting into a character. Even talented voice actors will feel a bit directionless if they read a script with no idea of who they are supposed to be.

You do not have to describe your character in extreme detail. Sometimes, a few adjectives and a name are more than enough for your voice actor. For instance, your voice actor’s character can be a narrator named “John.” John the narrator can have a friendly, uplifting personality, which should be portrayed through a voice.

Some scripts will include hard-to-pronounce words or names, which your voice actor could mispronounce. The easiest way to prevent this issue is by showing them how to say those words.

You can record yourself saying the more difficult words, then send them to your voice actor in an audio file recording. That way, your actor can quickly deliver your read with little to no revisions.

Sometimes, it can be difficult to explain what vibe you want from your script with words alone. The actor may get most of the read right, but it may be missing a few things that you may not be able to explain. Your actor can only do so much with the tone of the script alone, even if you followed tips from our article about How to Write a Voice-Over Script.

So, examples can be your best bet, in addition to the other tips mentioned earlier. Find a few voice-over videos that match what you want from your voice actor. You can show those videos to the voice artist and tell them you want a read similar or exactly like the example videos.

Finally, you need to ask your own voice actor some questions. While you may explain what you want perfectly well, you still need to ask them a few things. However, straight-up asking your voice actor, “Do you get it?” can come off as harsh.

Instead, as more direct and kind questions. For instance, “Do you need me to rephrase that?” or “Would you like another example?” are much more targeted and pleasant questions. These questions will benefit both you and the voice actor. Your voice actor gets clarification for the instructions that they need to follow, and you get the read that you want.

Do you have any tips that helped you efficiently talk to a voice actor? Comment them down below.

Tips on How to Create Your Own Recording Studio

How Voice-Overs Boost Your Business

How to Write an Emotional Voice-Over Script